One Christmas I asked my sister, who runs a button business (yes!) to custom make me a Women in Aviation Magnet Set for my white board. I have these at work and love them, and get asked about them, and wanted to note who I picked. I think these are all historical figures worth knowing!

I am keeping the descriptions very brief because there are plenty of places to do more research. 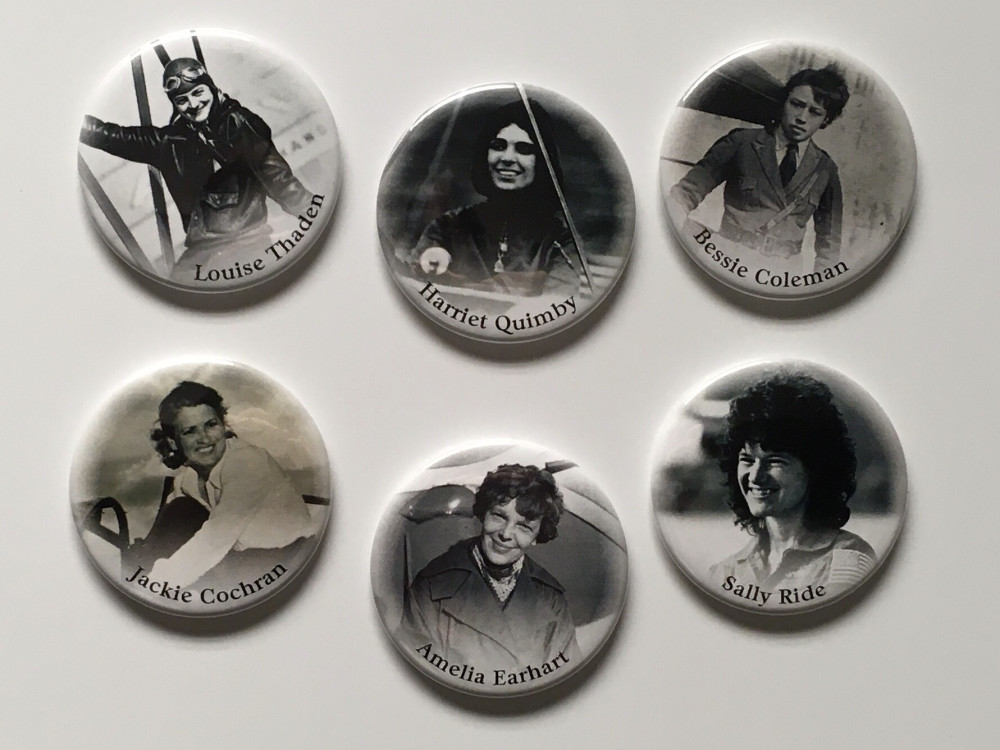 Louise Thaden - Air Racer, Wichitan, Airplane Saleswoman, first vice-president of the 99s! She continued writing about and advocating for aviation years after her retirement, certain to tell the world that women were superior pilots.

Harriet Quimby - American woman to earn a pilot's license and the first woman to make a solo flight across the English Channel.

Bessie Coleman - First indigenous person and first African-American woman to earn a pilot's license, aerobatic pilot, activist. I actually would like to learn a lot more about Bessie Coleman but haven't found much, my library doesn't have a Biography outside of the kids section. I'll keep at it. I am fascinated with her, the idea that a young black woman born into a family of sharecroppers got herself to Chicago, worked all the jobs and met with media sponsors to convince them to send her to France where a flight school would teach her to be a pilot. There was this idea that airplanes were new, no one race or gender had proven itself enough to be the gatekeeper, so black people could finally start from the same plain and prove their equality in all things through aviation. She was going to be an activist through mastering the technical.

Jackie Cochran - First woman to break the sound barrier, also the head of the WASP program in WWII, that trained women pilots to test and ferry repaired airplanes. I've heard WASPS speak at several conferences, they are always a joy! And in their stories, I kept hearing them say "and then I met Jackie..." they'd sing her praises about how she lead and advocated for them.

Amelia Earhart - First woman to fly solo across the Atlantic. Founder of the 99s, an organization that still thrives today.