A few years ago I made an effort to have things on our mantle so it wouldn’t be a clutter trap. I mostly won... I clear off little things here and there but mostly I’m proud that it looks “decorated”. 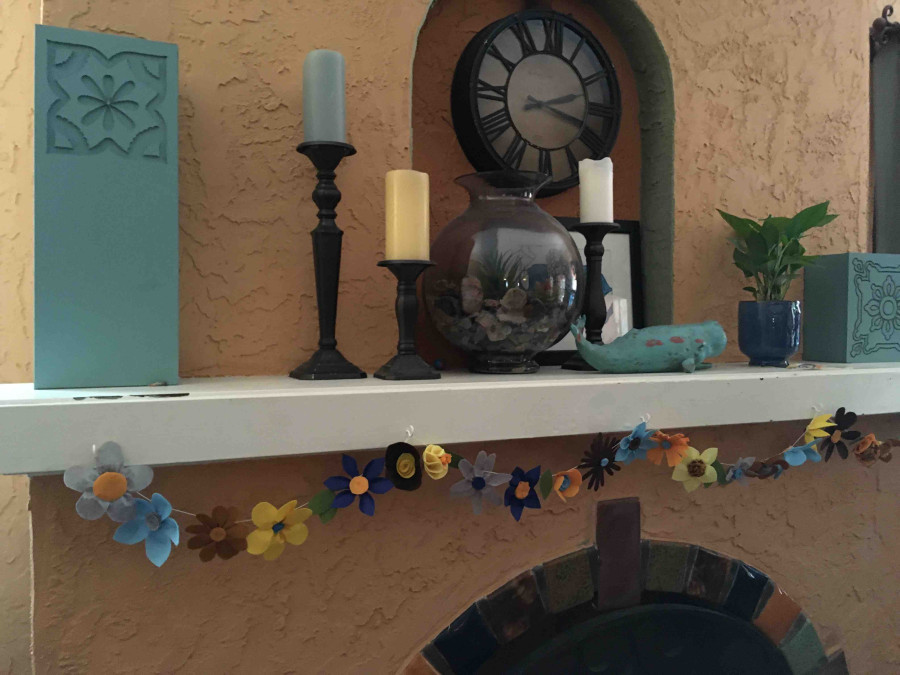 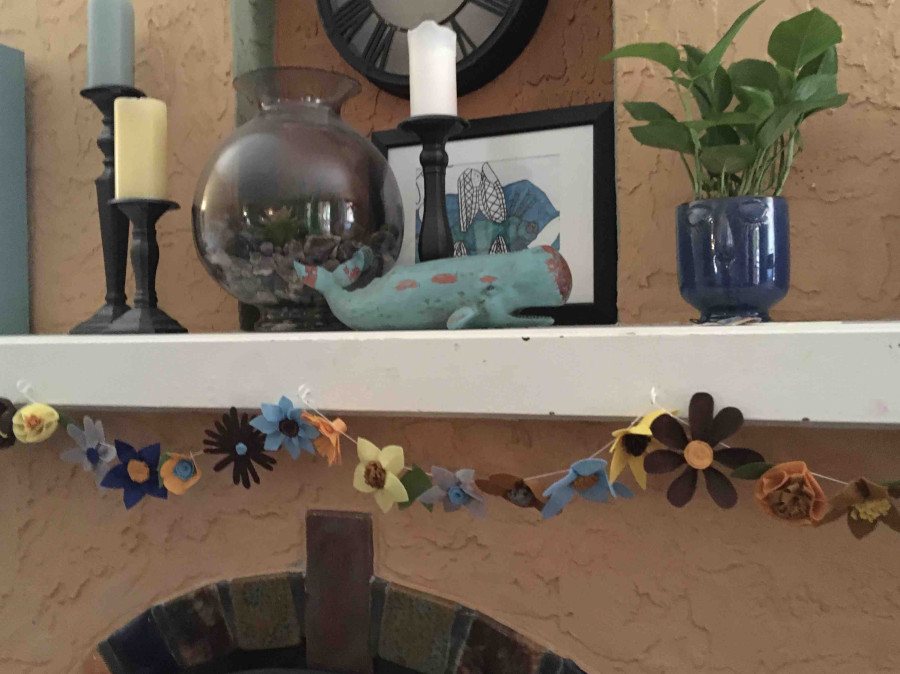 Here's what's on there, from left to right:

- Teal wooden boxes on either side. I made these at the makerspace with the laser cutter, the designs inspired by talavera mexican tiles in our kitchen. We use them to collect cables, DVDs, pens and pencils... little stuff. Junk. The tall one has a "bottom" about 6" below the top rim, so it's not very deep. Just tall.

- Candlesticks I bought for my first apartment in 2002, from pottery barn. They are big and heavy and were a silver color. I jokingly used to say I bought them to beat down intruders, but I had a paranoia phase in that apartment so it might have been true. I loved brushed silver then, but it's not as stylish now, so the candlesticks drifted around different rooms of our house and almost got donated until I took on this fireplace project and spray painted them all with a metallic paint advertised to make everything look like oil rubbed bronze. They turned out great! In another 20 years when silver is back in style, I'll just paint them again!

- The family rock collection. I bought that huge glass globe off facebook marketplace for $10, and filled it with rocks the girls couldn't let go of, that they'd found and loved or mined from those "pretend you're a gold prospector" kinds of activities at theme parks. I had a few favorite rocks myself. Now whenever I travel, I pick up a rock and bring it back.

- Framed artwork in the background is from Josie's art class.

- Ornamental whale I bought a ton of years ago on a total whim, probably from Michael's, so I could go home and say MARC I GOT US THIS WHALE and he'd laugh. He still laughs.

- Plant I bought this year in an effort to have more houseplants in our lives. I don't know what it is. The tag said "tropical". My friend has a similar one that she waters once a week, so I'm going to do that.

- Felt flowers that I made as garland. I drilled those hooks in for Christmas stockings, and have decided to use them all year but change what we hang there as the seasons turn. Pride rainbows in June, patriotic bunting in July, flowers in August, bats for halloween. I'm not there yet but the concept is brewing and it'll be fun. To tell the truth, I made the flowers this year because I had to stop destroying my house while I was out of work. I needed a quiet activity I could do in my room with my scissors and material I had around the house, and that garland was it. I'm happy with it.
Collapse