Olive is 2.5 years old this week. Halves are a big deal at our house so we marked her height on the wall and she gets this commemorative lj entry.

She's learning how to talk... egads I forgot how cute and awkward and wonderful this stage is.

The English language is full of weirdness so I feel for her, and try not to laugh too much, but it's hard, and she's just so enthusiastic!

Her latest thing is casually adding "-ing", or really "-in'" to whatever. I mean we say it all the time so it sounds cool right? Eatin', drinkin', goin', countin'. Then there are legit nouns with it - kitchen, kitten, chicken, button. So to sound like "us", we get all those -en sounds, plus more!

When bringing me shoes: "put it on my footen!"
When having a drink: "give me my cup-in!"
When dressing up: "hat-in on my head!"

She picked up a pair of josie's overalls and said "jojo pants gotten seat belt!"

For some odd reason, she sucks at opposites. I posted in a group about this and other moms are having the same thing with some two year olds, or there are the "my other kid did this" posts. The light will be on and she'll say "turn the light on!" and point at the switch. She says "Get me down!" to be picked up. She wants to go downstairs when she means upstairs. I guess she's just grasping at generic state change stuff.

It's so weird that she uses both "yes" and "sure". And correctly! She uses "sure" in that casual way, like if someone asks if she wants a sandwich she'll say "uh... sure!" With a limited vocabulary I'm surprised that there's room for two versions of "yes", that's all.

oh and along that... filler words. uh, um. She had her doctor kit listening to my heart and was just repeating "okay... okay."

The cutest word is "walermellon".

The word that took US the longest to learn was "goats" because she says it as "goach".

The worst word is "skunk" because she can't say the s sound at all, and her k at the end sounds like t, so that sure gets awkward in public.

She loves to go play "back outside". I guess we asked her if she wanted to go back outside a lot, so now that place past the door is called "back outside", always, even if we're not going "back" anywhere because we've been inside for hours.

We just had halloween so she learned more words: vampire, ghost, spooky, zombie, scared. and she definitely knows the word "awesome".

technology words: ipad, movie, music, phone (and what do we do when handed a phone? look at pictures!)

so here's some pictures, in honor of that last bit: 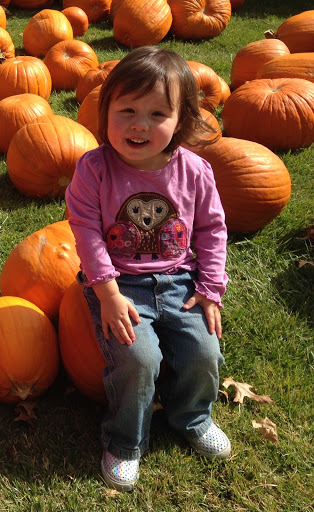 this is at the makerspace - must wear hearing protection around the loud machines! 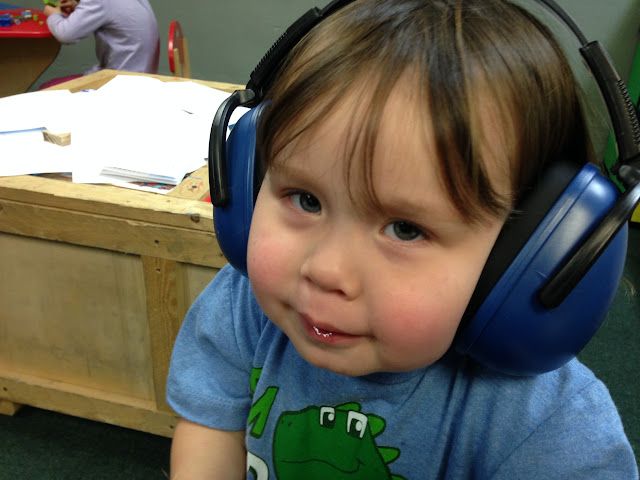