Original weekend plan: drive to topeka for my niece's first birthday, yay! But we got a text from my sister that the party was off, poor baby has a stomach bug and was throwing up everywhere. So send them good thoughts. Of course, as I told her, I've thrown up on my birthday before and that's when we know the party is going great.

First we went to Wichita's Chalk Art Festival - an annual event where you bake in the sun for art. It's half fun, half miserable, but kids tend to remember the fun and I want to support it so off we went.

Photo gallery... here's the 2yo in an airplane I made: 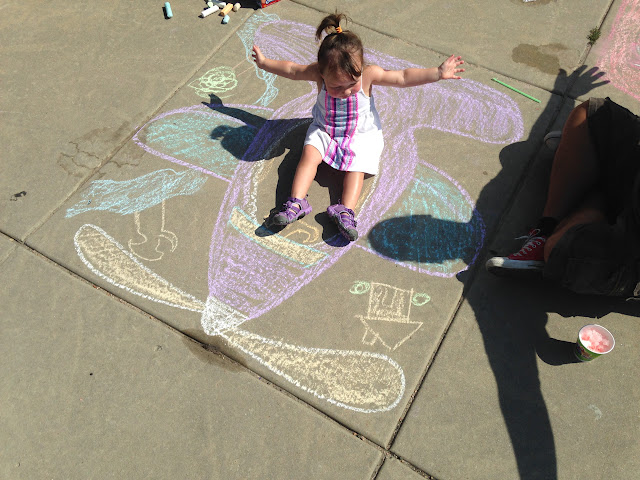 The whole thing is a benefit, and there was a tent making balloon animals for donations. 5yo wanted a pink puppy. I also asked them to make one for her little sister so we wouldn't have a fight, I said "It can be really simple, she'd practically be happy with a snake."

But no seriously it had eyes and kinda coiled and everything so okay, there is some style to a balloon animal snake! 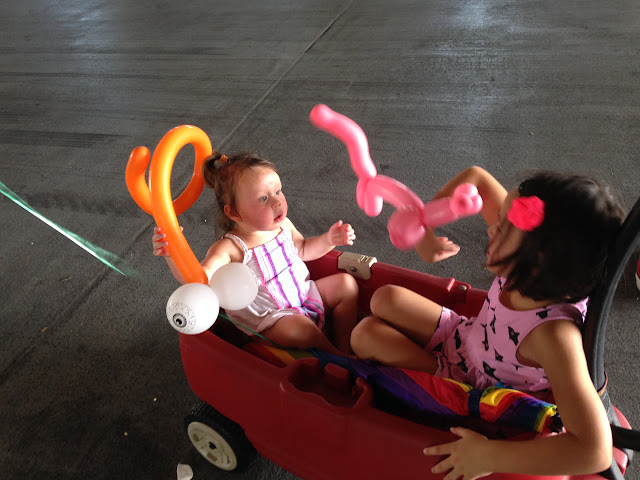 And finally Josie randomly decided to draw a big Totoro that I thought was adorable: 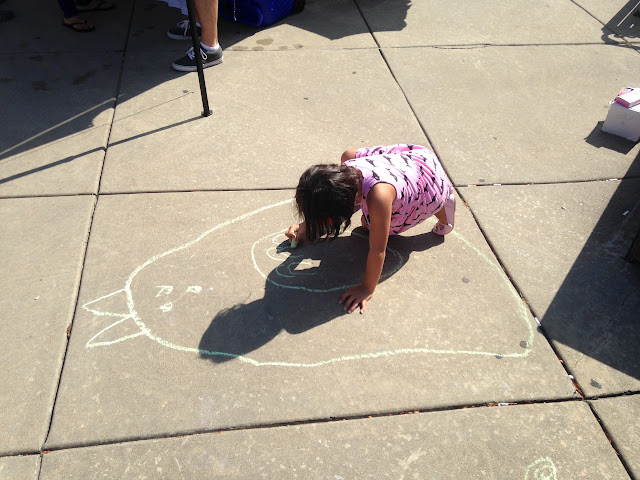 After chalk art fest we went to a friend's fifth birthday party... as I mentioned, there's a kid birthday every weekend, with my niece's party moving to next weekend all it's doing is making us miss a different set of kid birthdays here.

And at night, the YMCA was having a kid pizza party that they do every other weekend and marc and I were actually sad that we were going to be out of town and couldn't take advantage of it to have a date night. With the new plans, date night was back on! We went to the movies and saw Trainwreck and it was funny - not enough of a romantic comedy spoof, it was more of just a romantic comedy. But worth the tickets, we had fun.
Collapse