Okay I was wrong - our winter stash of baby clothes does not fit Olive all that well, they're kinda falling off her. But we're making it work.

I had to look up what the deal was with that so I went to my entries in the old june 2010 babies community - I never really got into a similar community with Olive, there was one on facebook instead, but for Josie I was active and posted almost every month with her stats & milestones.

Olive: Crashes around 8pm every night, sleeps every night until 4 or 5. Josie: Had to be swaddled to sleep around 9 or 10 I think, and woke up every 2-3 hours. (I think re-reading this triggered some post-traumatic stress in Marc, he kinda shuddered)

Olive: rolls and rolls and rolls to get where she needs to go. Josie: Would stay sitting up if you put her in that position, constantly got up on her hands and knees, was crawling and pulling up at seven months.

And the most obvious difference, how I can always tell in the pictures who's who, is that josie had darker skin. and eyebrows! here, see if you can tell who's who: 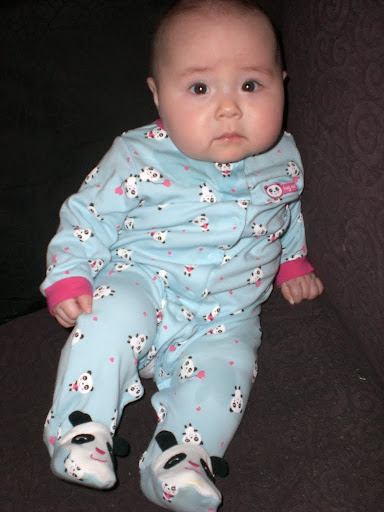 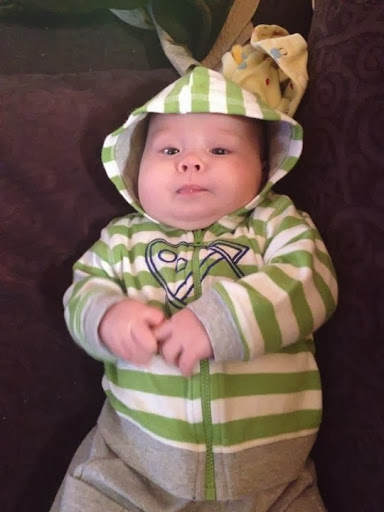 So it's almost like Josie was a lot further ahead, but I wonder what would happen if we could somehow know both their ages in "waking hours". Because I feel like Josie had probably had at least 50% more meals by this age since she never slept. She was just nuts.

I know they look alike, we hear that all the time, but to me it's like we have two totally different kids.
Collapse