Happy easter! We've had a busy weekend, went to two egg hunts yesterday although "hunt" wasn't really the operative word, they were both more like egg scatters so they only lasted about twelve seconds, but Josie scored some cheap candy and we were outside. It warmed up and the weather is awesome again. We had a ton of snow about two weeks ago but I was telling my family that the day after the snow, literally, the temperatures were above freezing and it melted within days. That's spring in Kansas.

Speaking of the kiddo, I realized today that I see very little resemblance between these photos, taken two years apart... 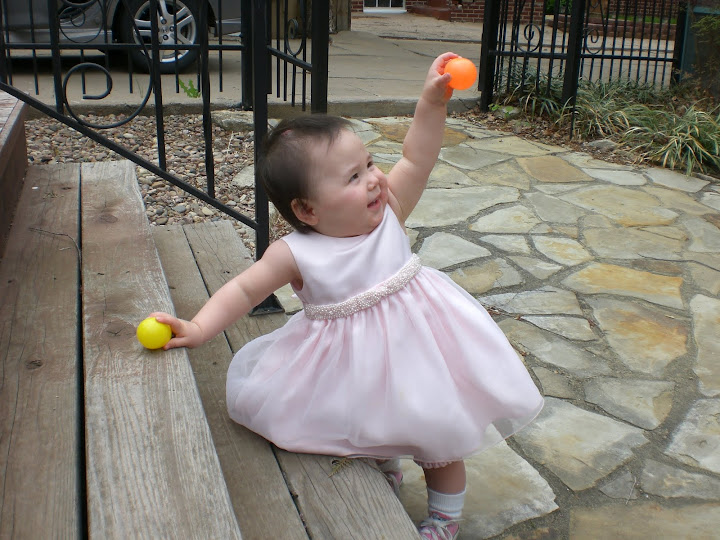 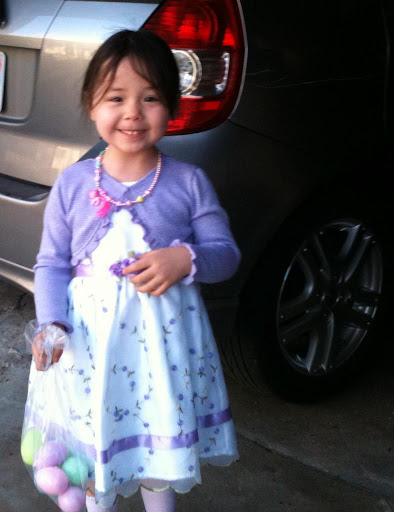 at the family easter today a guy was correcting her because she kept saying she was two, he was like "No, you're three!" and finally he quizzed us and I confirmed that she is indeed still just two, but it's funny to see the difference. Last fall I remember a little two-year-old girl holding up two fingers and telling us with great confidence that she was two, and Josie totally could not do that. I didn't realize it's one of those things that happens in the course of the months. You can kinda get a one-year-old to hold up one finger in that monkey-see-monkey-do kind of teaching method. A two-year-old puts a bit more effort into it, but doesn't quite get it. By the time the third birthday rolls around, they tell everyone enthusiastically that they are TWO and they will be THREE soon and they know all the corresponding fingers to go with that, they can count and the numbers always come in the correct order and none are skipped. The ABC song gets more filled in every month. There are new animal sounds... you should hear her do "whale". it sounds nothing like a whale. but it's darn cute.
Collapse