So my friend @ademamaide tipped me off this past weekend that Wichita was host to this year's American Rabbit Breeder's Association convention. We headed down to century II to check it out, and there they were... rabbits! Like, THOUSANDS of them... so cute, yet all so disapproving: 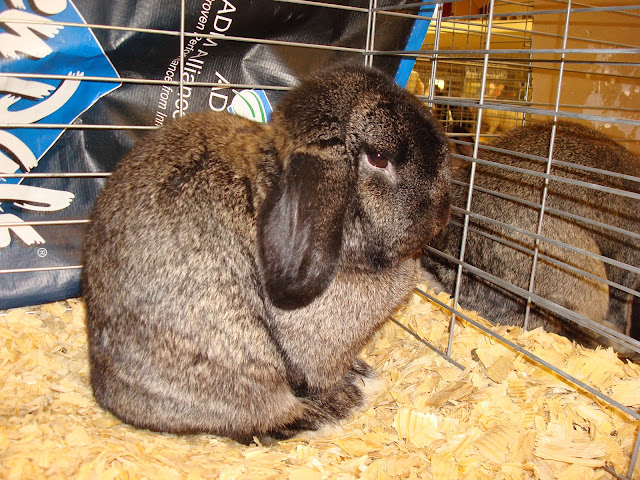 Here's marc and josie checking out the selection. This aisle started with black spotted rabbits, and towards the end got to gray spotted rabbits, then brown spotted, then light brown spotted... well you get the idea. Basically it was like at least two football fields of more rabbits than we'd ever seen. 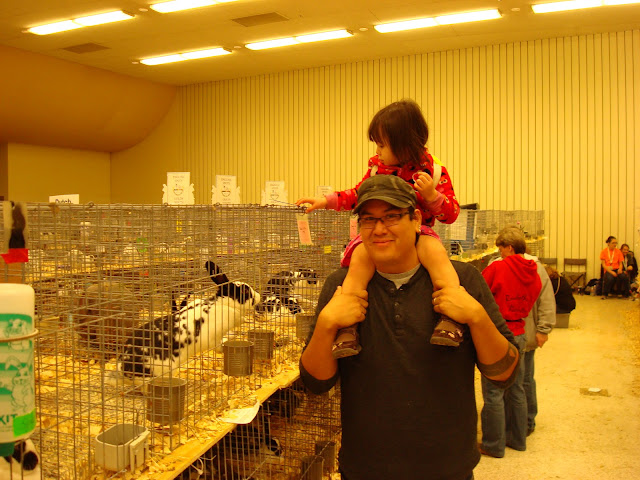 My allergies went kinda nuts so we only stayed about an hour or so but it was fun to walk around and see all the varieties and watch some rounds of rabbit judging. Basically a very official looking person in a logo smock would go to each rabbit cage, pull out a fuzzy little bun, set it on the table and look at its shape, comment on its coat, flip the guy over and look at the bottom of the rabbit and all its feet, look for color consistency, and put it back in the cage. Repeat, 9,000 or so times.

And towards the end in a tiny dark hall, we found the guinea pigs! The show pigs were just fabulous, there were some downright shiny ones, and of course the glamorous silky breeds: 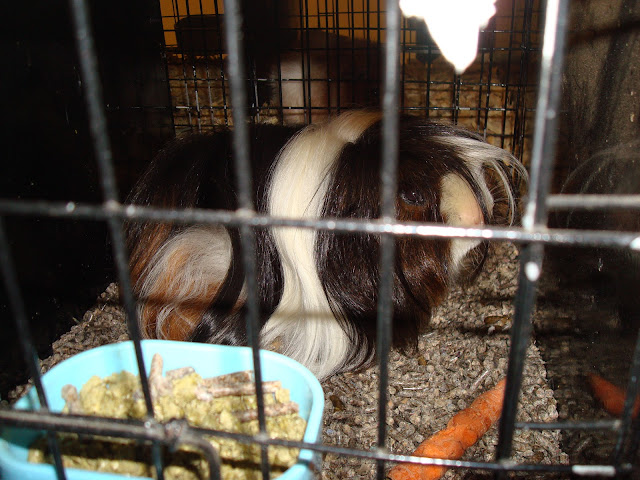 Quite a convention! Oh, and browsing their website I ran across the "rules" page which had an oddly specific mention that there could be no rabbit breeding AT the show except by special permission, so always keep that in mind, if you go to a rabbit breeders convention it's sort of a misleading name but that's a good thing, yup.
Collapse