Since getting current again and passing my biannual, I've been trying to keep up and fly every 2-3 weeks, even if it's just to get some practice on my own. I feel like, working for an airplane company, it's sort of a career-cost. They want me to fly and pay me enough to do so every once in a while, sort of like they want me to wear presentable clothes, you know? That's my justification.

I tried opening up a flight plan through flight service on a cross country flight a while back, it was weird. It takes time, the radios are bad, the flight service people just seem to be kinda confused by my existence.

And is it just me, or is the whole flight service station flight plan thing just not really good insurance? The idea is that you type in where you're going, then call them up and say "Okay, that plan I filed? I'm going there now!" and then if they don't hear from you again in like four hours, they start looking.

I hate to think what'd happen if something really went wrong!

The other option you have on a cross country is to talk to Kansas City center the whole time you're flying, it's called flight following. they seem much nicer, and I had a guy here tell me that he's never been turned down for flight following, even though legally they are allowed to say "sorry little airplane, we're too busy to keep track of you, good luck". Maybe it happens in busier parts of the country?

I have a list of places I want to go but this week was just a calm after work flight to Ponca City Oklahoma, famous among Wichita private pilots because it's home to Enrique's mexican restaurant right there on the field. We LOVE restaurants we can just taxi right up to, especially when the flight is only 30 minutes or so.

Coming home to Wichita (Marc obviously took this one) 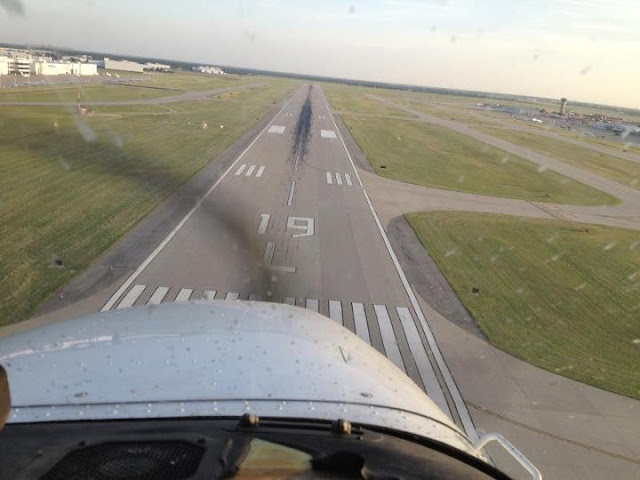 Josie would not hold still for a picture: 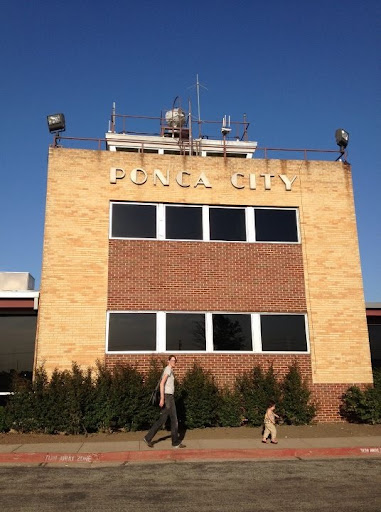 But she was happy about the food: 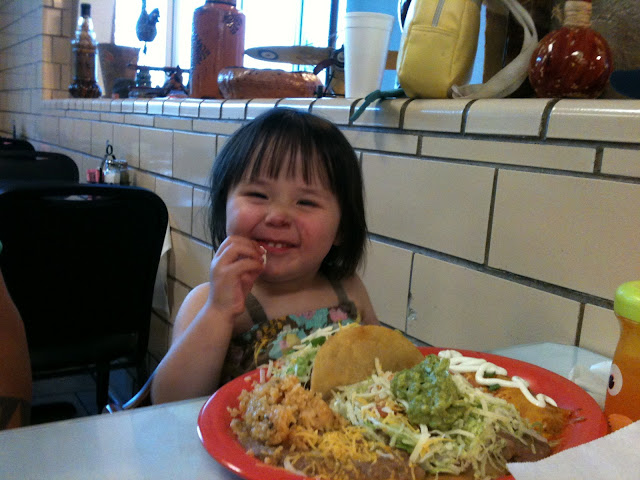 I had the catfish tacos. Who knew you could make fish tacos from catfish? You learn something new every day in Oklahoma.

We had Josie's carseat with us this time, it elevated her a bit so she could look out the windows in the back, I think that's why she actually stayed awake on this flight. She spent a lot of the flight back screaming, not out of fear or anger or anything, it was just fun to scream. She's at that "I can make noise!" age. She took her headset off after takeoff and said "Loud!" to her dad, and put it back on, but then kept taking it off and having fun just yelling and loving the fact that she couldn't really outdo the airplane engine, and we didn't care if she was yelling... probably a rare treat for adults to let you make all the noise you want. So that's the highlight of flying for her these days.
Collapse