I'm a nerd and I have a child, therefore I buy her space toys. Right? Like, here she is drinking from her rocket ship sippy cup. 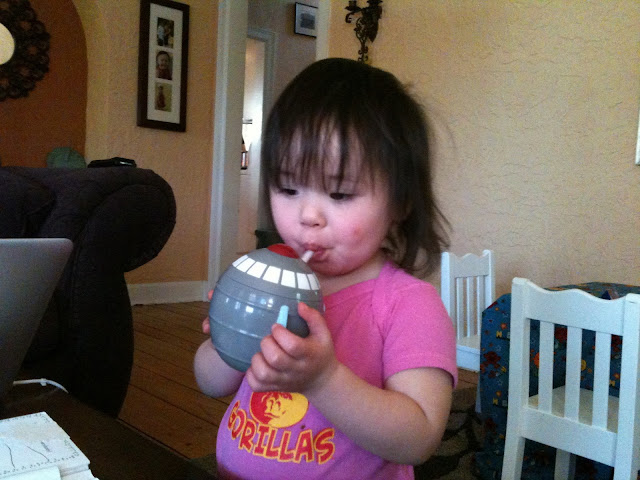 The issue is that nearly everything for kids that has to do with the solar system has nine planets. And we all know that several years ago our understanding of that was supposed to change, because scientists got together and decided that there are eight planets and four dwarf planets. They had to draw that "planet" line, so they did.

There isn't nine of anything. There's not a category that starts with Mercury and ends with Pluto. If we make Pluto a planet we have to make all kinds of other crap out there a planet.

Science isn't like religion. You don't get to sit and think about how you feel about what's discovered, or come to your own personal conclusion through quiet private conversations with your maker. You can't say "broccoli is green for me but might be blue for you and that's okay I'm not going to push my beliefs!" 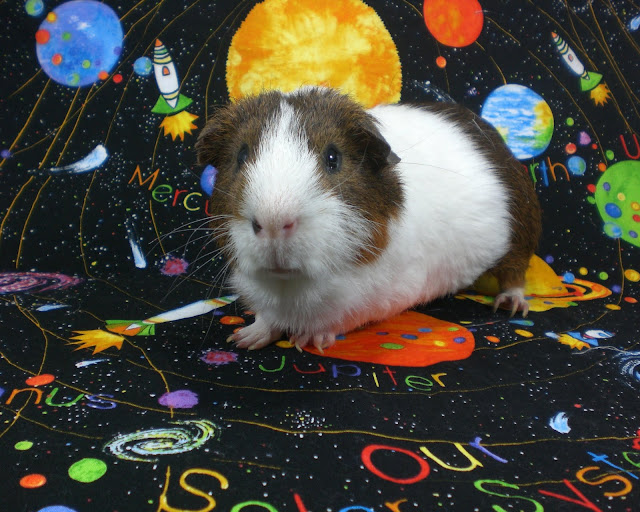 I totally had to crop Pluto out of this fabric picture just to put my guinea pig in space, boo

All these toys and fabric prints and stickers have pluto on there for purely sentimental reasons, that's all there is to it.

Dear manufacturers: do the right thing for the kids. Either remove Pluto, or add the host of other Trans-Neptunian objects that deserve the same recognition Pluto has: Haumea, Makemake, Eris, whatever else we might find out there, you'll have to be prepared! Just follow some guideline besides tradition.
Collapse